Know the Difference between Mitigation plan and Contingency Plan

HomeKnow the Difference between Mitigation plan and Contingency Plan

Know the Difference between Mitigation plan and Contingency Plan

HomeKnow the Difference between Mitigation plan and Contingency Plan 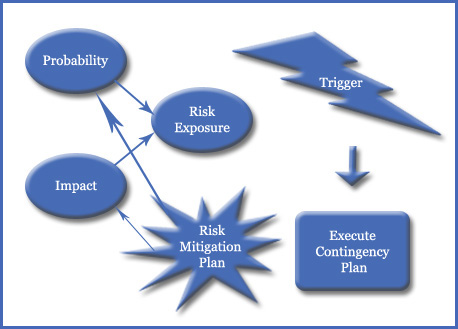 A project manager and the team have a high reliance on delivering a successful project. The team has to explore risk factors that may impact the project.  For these risks, effective responses are a necessity.  Risk mitigation and contingency response planning are one of them.  But, it confuses many for the underlying differences. In this blog, I am addressing these response strategies and the difference between mitigation and contingency plan.

As per the PMBOK® Guide  “A risk response strategy where by the project team acts to decrease the probability of occurrence or impact of a threat is known as Risk Mitigation Plan.

So, what does the mitigation plan mean?

So, a mitigation strategy is all about taking advanced and proactive actions.  Thus, we identify and calculate the likelihood and impact of risk at the early stages.

As per the PMBOK® Guide Contingent Response is “Some responses are designed for use only if certain events occur.

We execute these Risk contingency response plans only when certain events occur.  These plans act as a cushion and absorb the shock from the unwanted event.

Now, the question is what is the cue to execute these contingent response strategies?

Thus, it is mandatory to track and define the triggers or cues of the contingency risk response strategies.

Let’s start with defining contingency:– According to PMBOK® Guide

A contingency is an event or occurrence that could affect the execution of the project that may be accounted for with a reserve.  This reserve is a provision in the project management plan to mitigate the cost and/or schedule risk.  Making and analyzing these provisions creates a risk response plan.

In other words, we need a proper reserve analysis to establish a reserve for the scheduled duration, budget estimated cost, or funds for a project.  For example, we may keep some extra time as a reserve in the schedule to take care of unwanted events. Unwanted events could be like vendor delayed the delivery of materials, unplanned leaves, etc.

When we see enough warning signals, we can use these already designed reserves.

Let’s take an example – You need to reach the Airport on time.  There is a risk of tire get busted in between. To lower the impact, you are taking one other car alongside. Your friend is following you in that car. In case the tire gets busted, you change the car. This is an execution of a risk mitigation response plan. You have invested in advance in taking another car, we need advance investments in risk mitigation response strategies.

Now if you are also keeping some time as a reserve to take care of getting the late probability for other reasons and you use this time in case you see a warning of getting late. This is a risk contingency plan example. Some risks may be remaining even after the execution of risk mitigation and you plan risk contingency for the same.

Here, you can see that in some urgent situations, we have to make a proactive plan of action to reduce the probability and impact of the risk. And also stay prepared with the contingency plan alongside.  In this case of contingency, we track triggers or warning signs.

We do not make both of these plans for all the identified risks. Instead, the contingency plans in project management are made for the risks which are under our threshold and flashes enough warning signs in advance.

Risk management is a crucial topic from PMP® certification exam point of view. You can watch and listen to the live video presentation on the difference between Mitigation Plan and Contingency Plan 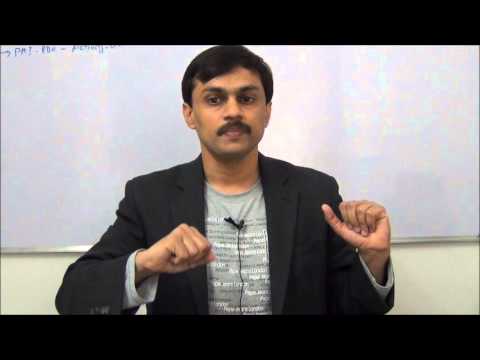 By now, I must have answered all your questions and cleared your doubts related to the difference between the mitigation plan and a contingency plan. You can share your queries and feedback on our discussion FORUM. You can also log in to our YouTube channel watch the video on the same

The PMI registered Education provider logo is a registered mark of the Project Management Institute, Inc.