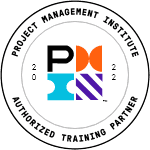 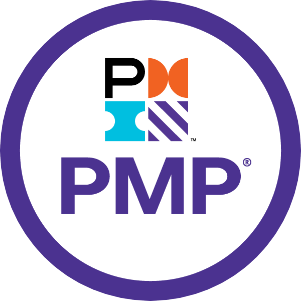 What is a Project Management Professional (PMP®) Certification?

Why should you get a PMP® Certification?

Increase your credibility, deep knowledge, and earning potential by setting the global standard.

Make you well-equipped with the best practices of Project Management.

Who can attend PMP® training in Bangalore?

What will you learn?

In case you hold a bachelor’s degree or beyond.

In case you hold a High School Diploma.

Process to get a PMP® certification in Bangalore

Enroll in the PMP® course

After attending 35 hours of Live training, get the 35 contact hours certificate

Start filling out exam applications; our experts will help you

After the approval, you may submit a fee and schedule and pass the exam. 55,000+ subscribers are getting the benefit

Bangalore is India’s IT hub and also the capital city of Karnataka. The city is proving to be one of the fastest-growing startup ecosystems in Asia, with a new startups growing almost daily. Bangalore, Mysore, Hubli, and Mangalore are becoming the major cities and hubs of the economy. According to the current scenario, the demand for Project Management Professionals is also growing in these cities. To meet the growing demand, iZenBridge PMP® certification course sessions in Bangalore. Our Project Management Professional (PMP®) program in Bangalore will be led by one of the best PMI-certified trainers in the world. With more than 1 million people holding the PMP certification globally, their median salaries are 25% higher than those of their non-certified peers. The average salary of the PMP® professional is $107,500 per annum. Companies are actively hiring PMP professionals in Bangalore, such as Mindtree, Infosys, Bank of America, etc. “Bangalore has served as India’s technology capital for over three decades. With a robust heritage of premier R&D laboratories, academic institutions, and public sector-focused firms, the city has significantly contributed to India’s IT leadership in the world,” said Prashanth Prakash, Chairman of Startup Vision Group–Karnataka. Bengaluru has also earned numerous nicknames in recent years, including “City of Baked Beans,” “Garden City of India,” Silicon Valley of India,” and “Global Hub of Technology Start-ups”. Indeed, in the Bangalore ecosystem, companies such as Paytm, MobiKwik, Lendingkart Technologies and Policybazaar have also started gradually scaling up. Global multinationals such as Infosys, Wipro, Accenture, TCS, IBM, Oracle, Cognizant, Capgemini, Cisco, MindTree, HCL, Amazon, Dell, HP, Tech Mahindra, Samsung R & D, EY, Nokia, Deloitte, Intel, Huawei, Flipkart, Microsoft, KPMG, Hitachi, Siemens, Google, Philips, IBM, Adobe and so on, all have centres herein Bangalore. To make you grow faster in your career, our expert team of coaches will also help you design a career path of your choice and guide you perfectly throughout the PMP® journey.

Why become a Project Management Professional (PMP®) in Bangalore?

Leading SAFe® (SA) is a Scaled Agile credential. If you are part of the IT team, manager, Team Lead or agile change agent, by acquiring this certification, you will be proficient in applying your knowledge in Scaled Agile Framework, lean thinking and product development flow principles in an enterprise context.

Will I get any PDUs after the Leading SAFe training in Delhi?

How much time does it take to do PMP in Bangalore?

Generally, it takes around two months to do a PMP online certification course in Bangalore.

What is the examination fee for the PMP® course in Bangalore?

The PMP examination fee for PMI members is US$405.00, whereas for non-members is US$555.00. However, we recommend you become a member of PMI to avail yourself of various benefits, such as you’ll have access to a vast library of information and career tools, as well as discounts, incentives, and perks. You’ll also have access to local and global communities, the opportunity to advance and give back to the profession, discounts, rewards, and perks. The PMI membership fee is ₹9,963/year.

What is the total cost of getting PMP Certified in Bangalore?

What is the Refund Policy for the PMP certification course in Bangalore?

The refund policy for the PMP certification course in Bangalore is given below: 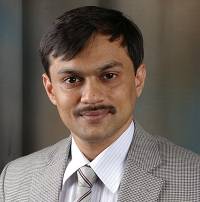 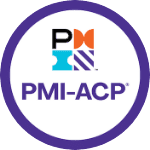 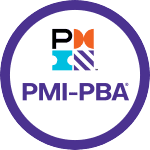